Ice Nine Kills
Welcome to the bar, pull up a stool and get ready to rock out!!! Since this is my favorite month out of the year, I’m hitting the reviews hard with everything spooky. I will get to the rest of the blog, sports, whiskey, and other books and movie reviews eventually.
This album came out October 15th and I have been waiting for this release a long time. Here is the great thing about Ice Nine Kills. Not only are they a kick ass metal band, but they have taken the horror genre to a whole new level. Their music is clever and the perfect complement to the classic horror movies fans love.
I fell in metal love with these guys with their last album the Silver Scream. Ice Nine Kills writes songs based on the plots of horror movies. As Spencer says in “Hip to Be Scared” When the Silver Scream came out I think they really came into their own commercially and artistically.” No one could have said it better than the lead singer.
Some of my favorite songs before this album where American Nightmare (Nightmare on Elm Street), The Jig is Up (Saw), and A Grave Mistake (The crow).
This album picks up in true sequel fashion. The sound is similar but more evolved. The tracks tell a story which starts with the opening monologue on track 1 titled “ Opening Night” which lays out the story that these tracks are evidence against the lead singer, Spencer Charnas, who has been charged with the murder of his 28 year old fiancé.
To make this even cooler, the band and their crew put together a crime board you can check out at https://ink-merch.com/. This has different pieces of evidence which are music videos from the main singles released initially. If this couldn’t get any better, these videos had scenes filmed with horror icon Bill Moseley (Texas Chainsaw Massacre: 2, House of a 1,000 Corpses, and Night of the Living Dead (1990)).
So let’s get to the album in hand. I have been listening to this non-stop since it came out on the 15th, and I cannot tell you which song is my favorite. I find myself singing all of the songs on this album from time to time based on my mood or what oddity may have popped in my head at that moment. If I really had to choose one it would still be between “Hip to be Scared” and “Assault and Batteries”. I can sing almost all of Hip to be Scared and I love the bridge that sounds similar to Huey Lewis’s “Hip to be Square”, but the music video for “Assault and Batteries” is so much fun and just a perfect homage to Child’s Play.
So I have tried to do some research and it still seems like no one has nailed down the exact movies these songs are based on but I feel I have figured out a good deal of them. Here is the track list and what movies I think they are. I maybe wrong so please, don’t take this as fact. If you would like to try and figure out the movies yourself then skip over the track list and go to the wrap up.
This album is a must have for any horror fan who loves metal. Ice Nine Kills not only knows their source materials but also appreciates the horror genre. I can’t get enough of this album. The only problem with waiting on a new release is once it hits, now a s a fan you can’t wait for the next release. Take my advice, give this a listen, love it, and then listen to the entire back catalogue of their stuff.
Without further ado, I give this album a full 5 🔪 🔪 🔪 🔪 🔪!!!
This album is amazing and I love love love this. I have no idea if the band will ever see this review but I hope they do. This was well worth the purchase. I will leave you with the first music video in the evidence against Spencer Charnas. Watch the rest of the evidence and decide for yourself if he is innocent or guilty. 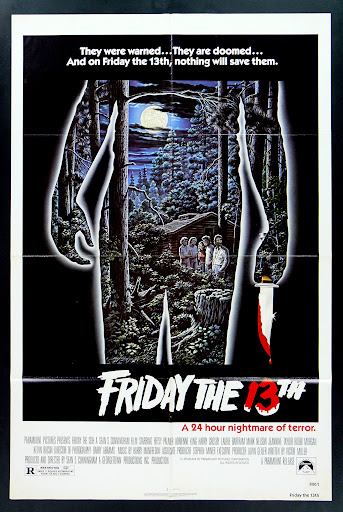