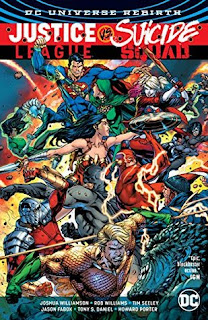 You have no idea the excitement I had when I saw this book was coming out. When DC Comics and NetGalley had this up for review I jumped on the chance right away. Thank you DC and NetGalley for letting me read this for a review. Getting the approval was fantastic and I couldn't wait to start this one. Sadly I had other things on my plate that made me late to read it and my review is later than it should have been. 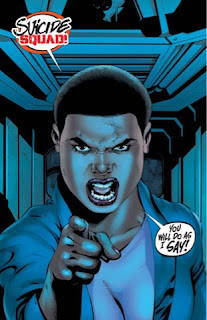 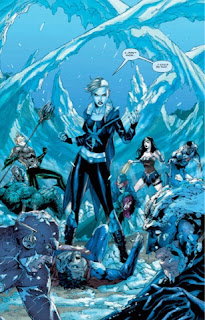 Ok, so if you have read any of DC Comics or seen the movie (which I am one of the few who liked the movie, minus Jared Letto) you know who the what the Suicide Squad is. These are criminals forced to work for Amanda Waller because she has put a tiny explosion in their necks and if they don't their head becomes airborne. Waller has a new assignment for the group and there are some new faces along for the ride. Killer Frost has been added to the team. As they head out on their mission Batman has begun one of his own. He is out to end Task force X AKA Suicide Squad. He is going to need some help and there is where the Justice League comes in.

Maxwell Lord is back and he is ready to get back to taking over the world with Checkmate. While the Justice League is busy with the Suicide Squad, Lord is out there trying to free the original Suicide Squad who was locked away because they are to much of a risk to let run around. Now these are villains that you never really read about but I liked this turn of events. Together they were dangerous and quite entertaining to watch. 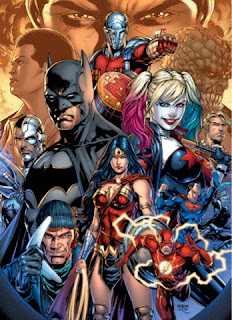 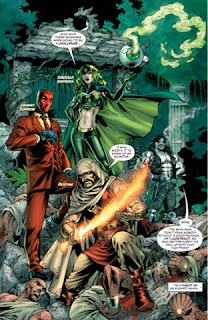 This original team works with Lord to unleash villain almost forgotten in the DCU and forces the Justice League to work with the Suicide Squad to overcome this dangerous character. The dynamic of watching these heroes work along side some of their biggest villains was a lot of fun. I enjoyed every page of this book. The synopsis said this book links to the Rebirth special but not enough for someone who hasn't read Rebirth's beginnings get lost. I know, I need to sit down and finally read the issue that started this all. I'm going to have to soon because it seems things are building up to tie right back there in the universe soon.

I loved this book and hope that there is more to this story and we get a Volume 2. I would jump at the chance to read that. I give this book 5 out of 5 stars.
Graphic Novel