My Dream Crate from Lootcrate 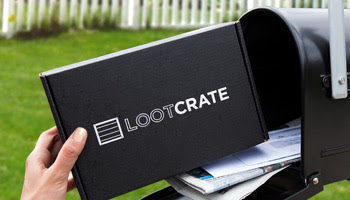 I have known about LootCrate for some time now. I have heard them mentioned several times on podcasts from Nerdist and I have checked them out for myself. They have different boxes with various prices you can choose from. This is a subscription service that you can cancel anytime, but here is what is so appealing to myself as a Nerd. This is a box filled with random Nerd/Geek items well worth more than the price you pay for the box. Have I done this you ask? Sadly, no. I have two wonderful little kids and the grown up in me always wins out against spending some money on myself. I highly recommend checking them out and if you have questions they are more than happy to answer them. I asked a few when I stated this project.

I want to subscribe to this so badly and one of these days I will. Loot Crate is also running a fun project right now where any fan can put together the items and theme they'd love to have in their very own Dream Crate. Since my blog fits so well with the content in these boxes I jumped at this chance and then had a hard time deciding what I really wanted in my crate. This is a really tough decision and one I couldn't limit myself to just one crate. I came up with two that I would love. Anyone can design their dream crate and it does make for a fun post. I really enjoy taking a tep back from the reviews and do a post about me every now and then.

My first box is DC Comics themed. With all the horrible critics out there who are clearly bias against DC and for Marvel they are kind of destroying the DCEU. Critic reviews are very low but if you look at the Fan reviews out the the majority of them are favorable so it seems the people who matter, the fans do like the movies out there. I feel like I should re-post my reviewed of Man of Steel, Batman versus Superman, and Suicide Squad just to get some more positive reviews out there for the DCEU. 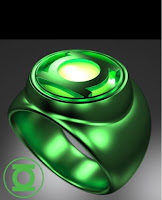 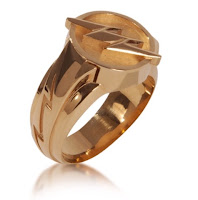 SoWhat would I put in my dream crate? Let's start with the smaller items. I would love the rings from the Flash and the Green Lantern Comics. Sure there are replicas out there but I want the actual ring from the show and real versions right out of the Green Lantern comics. Not the plastic ones I have but an actual Green Lantern ring made from Jade or something to look as if it was actually from the central Power battery forged by pure will power. Now for what you can't buy at all in one of these boxes. I wan the Black Superman Suit that has been leaked in numerous photos from the new Justice League. I remember reading the Return od Superman and seeing the real Superman return with this black suit and Silver S that just gives me Goosebumps to this day. I can't wait to see this in the movie. I would also like the Black Flash suit from the TV show, and if I am being really greedy, for my final item in this DC Comics box, I want the Robo Batsuit from Batman Vs Superman. Not sure what I would do with either suit because I would have to loose a ton of weight to fit them myself but they would be cool to display Arrow style in their own cases. 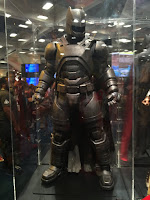 Ok I lied, I would love any and all of the handheld gadgets Batman uses. Grapling Gun, Bat-erang, and smoke bombs. Those would be fun.

For my second box I would be remiss if I didn't pay tribute to one of my favorite shows on TV right now The Walking Dead. These items are easily purchased and offered at shopthewalkingdead.com but these would be cool if they showed up in a box on my door step. I have wanted the Walking Dead pop up book since the first time I heard about it. Of course I will have to wait many years until my kids are older before it can become a coffee table book, I would also have to find a way to convince my wife to let me too. Speaking of things I couldn't leave out on display I want the aquarium of Zombie heads from the Governor's room in the 3rd season. Now I'm not that morbid and creepy as it sounds, I really want the 3rd Season collectors packaging with the aquariums.

The next item to include in my Walking Dead crate is Lucille. AMC sent out a bunch of replicas in this beautiful wooden crate and I have no idea how people got them but I am sorry I didn't do whatever I needed to to get one of my very own. I also found this really cool mug on Shop The Walking Dead.com that I might just have to buy on my own or ask for for my birthday. This I'd have to take to work as to not freak out my little ones but it would be cool. I love the Zombie inside the mug. The final piece of my Walking Dead box, which would not be complete without this, is a seat on the couch on Talking Dead between Andrew Lincoln and Lauren Cohan with Yvette Nicole Brown at the end. I also would like to hang out with Chris Hardwick because he seems like a great guy to know. 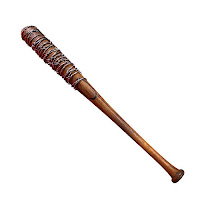 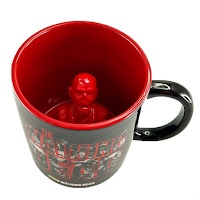 This was such a fun post to do and I know I got a little wordy and made a huge post that I hope you took the time to read. Anyone who has made it this far in my post I commend you and hope you enjoyed it. Thank you Lootcrate for contacting me to write this post because I had a ton of fun doing this and I wouldn't have thought of this without being asked. Check out Lootcrate.com they are a cool service and I don't advertise on my site so the fact that I am doing this post has to mean they are worth the time to check out.
Personal