Detective Comics Vol 1: Rise of the Batmen by James Tynion 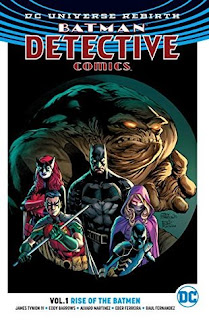 Rise of the Batman

It has been a very long time since I have read Detective comics. This book was always the grittier Batman series with more violence and darker themes but that changed a long time ago. I didn't read when Batwoman was the lead in this series and I do regret that. I loved her story in in 52 or Countdown to 52, I can't remember which one it was it has been that long. I have always been really curious about this character but never took the time to catch up with her story so I was glad to see her in this Rebirth volume. 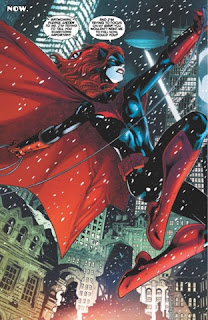 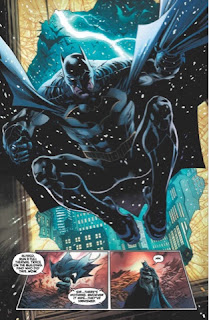 Batman has noticed that these drones are keeping tabs on all these different heroes in Gotham and he needs to find out why. In order to do this Batman gathers the people who are being monitored and it makes for one surprising team. Of course Batman, Batwoman, and Red Robin are not a surprising team nor is having Spoiler and Cassandra Cain on the team. What is weird is having Clayface as part of a superhero team.

I love that Clayface is part of the team. I love how DC Comics is giving some of their long time rouges a chance to change who they are and help people. Captian Cold has joined the Justice League from time to time and even now Killer Frost might be joining the Justice League too. Giving Clayface the chance to be something other than the monster he is stuck being was really interesting. Besides, Batman is going to need all the help he can get. These heroes are being monitored because an entire army of Batmen are being trained to be unleashed on not just Gotham but the world.

These military Batmen are wrapped up in an idea about the League of Shadows which is a farce Ra's Al Ghul used to make himself more powerful and feared. This secret military faction is all about stopping the terrorists before they strike and they have latched onto an idea that is false. This book has some political undertones but not enough to upset one side of the argument or the other. It touched on the idea of how dangerous it is to assume one type of person is a terrorist before you read the whole situation. Batman has to rise above his own pride to try and fix this on his own and realy on his team to not only save the day but save him also.

I loved this story and the emotions run really high in this book. This grabs you from the very beginning and never lests go. I mean never lets go because I am already itching to read vol 2 because the cliffhanger at the end of this book is tough to forget. I give this book 5 out of 5 stars. Rebirth has delivered on every story I have read and I am massively impressed. 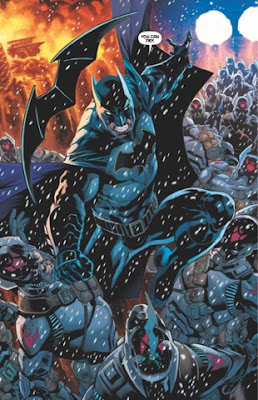 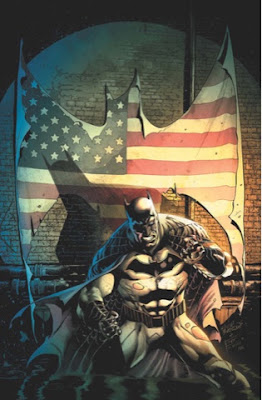