The Walking Dead: Fall of the Governor Part 1 by Robert Kirkman 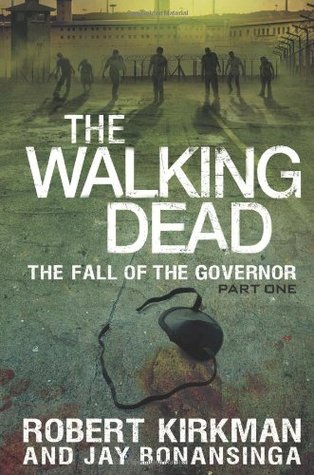 The Fall of the Governor: Part 1

In this book the Governor meets Rick, Michonne, and Glenn and immediately turns on them and attacks them, kidnaps them, and tortures them to get information on where they are located to either take it over, raid it, or wipe it out. What he puts these three through is hard to read but if you have read the comics you have already seen it. Don't get me started on what comes later for the Governor. That is even worse. Anyway I am getting ahead of myself and teetering on the edge of spoiler territory.

I really liked this because it was a different view of events I have already read and seen on the show with the main characters. It was really interesting to not only see things from the Governor's perspective, but to really get a better feel as to how far gone he has become. This man has lost his damn mind and sanity has left the building. The Governor has become an expert on manipulation and is a psychopath. This story had me glued to it even through I knew what was coming. These books are direct tie ins to the comic books.

I liked this book and easily give this 4 out of 5 stars. If you are a fan of the Walking Dead this is a must read. I am looking forward to the next book but knowing what happens in the future I wonder how they keep these books going. The title of this book is the Fall of the Governor.
Horror Zombie