The Cleaner by Paul Cleave 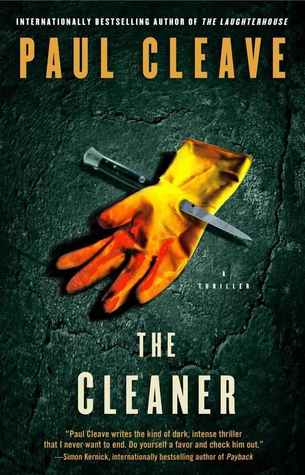 Years ago this book was offered as a giveaway on Goodreads and I was intrigued by the summary so I entered. Clearly I didn't win it or else I would have reviewed this long long ago. This is a mystery detective story but with a very interesting twist. Our main character who is a self proclaimed detective, is also a serial killer. Now where have a I read this one before? That's right, this sounds a lot like Dexter by Jeff Lindsay, only Dexter is actually a forensic blood spatter technician.  Joe is just a serial killer who is really pissed off that someone is pinning a murder Joe didn't commit on him. Oddly enough Joe feels like he has to get Justice for the girl he didn't kill so he takes it upon himself to find who this copycat killer is.

This killer is absolutely bonkers. His priorities are all screwed up but you kind of expect that from a killer. He is a clever killer and changes up his routine so it makes him harder to pin down. He does make a point in mentioning that he makes sure to leave the exact same physical evidence at every scene. Oh yeah, and he also loves his mother. Not as much as Norman Bates but more than you'd expect a serial killer to love his mother.

I thought about what I wanted to say about this book the whole time I was reading it and ever free moment I had until I wrote this post. You know what, I just don't have much else. The book is kind fo goofy and almost light hearted. It doesn't take it's self to seriously which is good because if it did I think I would have liked this book a lot less. It was enjoyable but I kept waiting for it to end so I could move on to the next book on my list. There is a second book in the series but I'm not sure I am interested enough to read the next one.

So when thinking about the review it went up and down as I read this book. It was enjoyable but not impressive so I I am going to say this barely crosses the line into 3 stars. I was very middle of the road and I'm ready to move on. I am adding this to the RIP challenge. If you haven't check out the reviews submitted by everyone participating you really should.