There was a lot of hype behind this series. This was first hinted at the the Second season of Arrow when Barry Allen shows up in Star City to help with a very strange break in at Queen Industries. The second episode that he appears in this season ends with Barry being struck by lightening. Season one begins with Barry as an young boy being picked on by bullies. We see a very happy and supportive home life with a loving mother and Father (John Wesley Ship) and then Bang!!! Things get bad in a flash of yellow and red light. Barry's mother is killed and his father blamed for the whole thing but Barry knows what he saw and there was a man in the lightening. Flashing forward the show picks up right after Barry gets back from Star city just before he is struck by lightening.


So far there have only been two episodes with the next one airing tomorrow night Tuesday Oct 21st. 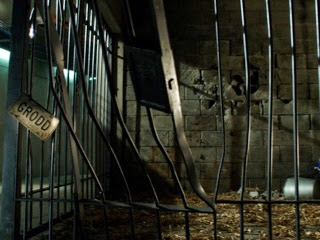 These are awesome and I am loving the show so far. These episodes can't come out fast enough. There are little hints in these episodes as to what we might be able to expect in the series. The most notable is the brief glimpse of the Reverse Flash when Barry's mother is killed and later in the pilot episode Barry gets a tour of the damaged Star Labs. Barry and Doctor Wells walk past a broken cage with a name plate. Looks like we might get to see Gorilla Grodd in this series. There is also a good bit of mystery that surrounds Doctor Wells that could open up some really great story lines if this show is given more than just one season.

This is a very well put together show. There are things about this show that I love and some that I am just kind of meh on. The biggest thing for us long time fans is the fact that John Wesley Ship plays Barry's Dad . He was the original Flash in the 1990 series and I am really excited to see him in this show. I really liked the old series and so did my 4 year old. Both of us are watching the new series also but only after my wife and I watch the new episodes first. Can't be to violent or scary for my little man. So far the two haven't been next to each other but here are they are. Both the new and the previous Flash in one great show. 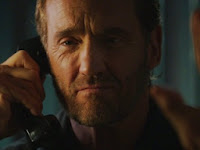 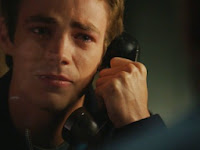 The Last thing I want to point out before I close this lengthy review is the fact that I'm so glad DC Comics is taking a bigger roll in the movies and TV shows that are coming out. Way back when there were super hero movies that were done really horribly (Batman and Robin) and basically crapped on the Batman Mythos in different ways. Recent Movies and shows have held truer to the characters and I love that. I totally dorked out when I saw the new DC logos at the end of this show and Arrow that have the character in the C. Here is what I'm talking about. 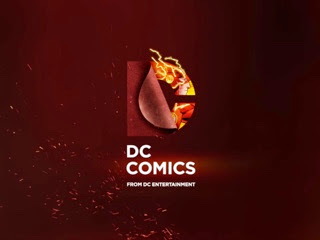