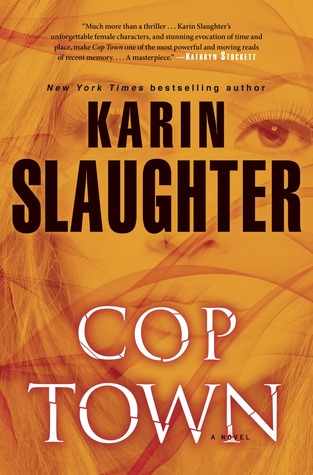 I'm a big fan of Karin Slaughter's. I have loved her Sara Linton and Will Trent series. When the two character series became one I was really excited and those books have just gotten better. As always, when I see a new book of hers coming out I get all excited and look forward to it being released. This time around I found this was on Net Galley. I immediately requested it and was fortunate enough to be granted this. Sadly, things in my life got crazy and I didn't have time to read as much so unless it was on an audio book I wasn't going to be able to read it. I finally got a chance to read this and I was a little underwhelmed.

I have read some of Karin Slaughter's short stories that haven't been part of her series and I loved them. She is an amazing writer so I had high hopes for this. In the last Will Trent book, Unseen, we got a glimpse into what it was like to be in the police force back in the 1970's. This book is that story. Karin Slaughter tells a tale of racism, sexism, and violence. The writing in this book was nothing less than amazing which is something I would expect from Karin Slaughter.

My only complaint is that I just care for any of the characters in this book. She has always written characters that I have either connected with on some level or have just really enjoyed and there wasn't one like that in this book for me. It made the story kind of drag on in spots which made me struggle through this book a little. It was kind of eye opening to see what women had to go through in the police force in those days. I'm sure Karin Slaughter did her research because she likes to keep things as accurate in her stories. I may not have cared for the characters, but knowing that this was probably what women in general had to put up with on a daily basis was just sad.

I liked this but I felt it was one of her weaker books. I think I am kind of teetering on the fence as to how to rate this one. I think I will just stay in the mid range and give this 3 out of 5 stars. I still look forward to her next book when ever that comes out. I do hope the next one is back with Will and Sara but either way I will anxiously await the next one.
Suspense