Batman The Dark Knight I am a rare breed. I am one of the very few, if not only, person who read Fran Miller's The Dark Knight Returns graphic novel and hated it. I didn't like it so much I never read the follow up book The Dark Knight Strikes again. So you might be asking why on earth am I reviewing this book? I got caught up in the hype. I follow DC Comics on twitter, and I keep up with the DC Comics All Access app and every article and snippet of art wasn't missed when I was nerding out. Now I have been very fortunate to have been approved for books from DC Comics and Netgalley in the past, but I never expect to get anything I request. This was one book that I would have been fine if I got turned down but was still interested enough to want to read this.  Thank you DC Comics for the opportunity to read this book for a review. When I first opened the digital file and saw it was over 300 pages my first thought was what did I get myself into? Now that I have gott
Post a Comment
Read more 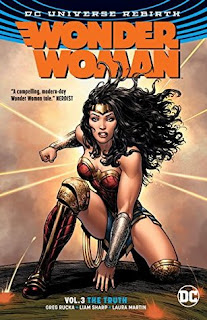 The Truth I have been a fan of Wonder Woman for a long time. I'm one of those guys who has no issue with a strong female character. I love that Wonder Woman is getting the respect she deserves and the movie was fantastic. I'm the very proud father of a little girl and I'm so happy that she and my son take after their dad and love superheroes. My daughter always pretends to be Batman, or the Flash and never Wonder Woman. I want my daughter to be proud to be a girl and know that women can be strong too.  The writing on this series has been really good. The stories have been really well developed and have worked as a year one story re defining Wonder Woman. I wish there was a little more action. As of the last volume Diana has lost her mind. She has realized that she has been lied to and lost who she is. Now Steve Trevor and his team have to try and get to Diana before this secret criminal organization gets to her.  On the Paradise Island side something is cha
Post a Comment
Read more

Hal Jordan and the Grenn Lantern Corps Vol 3:Quest for Hope by RobertVenditti 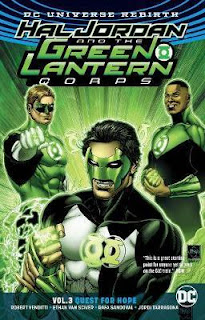 Quest for Hope I have been a fan of Green Lantern for a long time. I remember reading Kyle Rayner's stories and I remember Hal Jordan's Rebirth, so this book has all of my favorite Lanterns in it. This book marks some big changes in the world of the Corps. To be honest I missed Volume 2 for some reason. I thought I had read it and jumped at the chance to read this book. Thanks to Net Galley and DC Comics for letting me read this for a review.  Volume 2 apparently had another war with Sinestro which was won by the Green Lanterns. Leading the way Lantern John Stewart is head of the Green Lantern Corps and he gave the Sinestro Corps an ultimatum. Join the Green Lanterns and fight along side them or be arrested. While trying to play nice and build a bigger more unified Corps Kyle is tasked with finding the only Blue Lantern left. Hope is needed in the universe and the Guardians of the Universe are looking to find Saint Walker and try to help him grow Hope.  As you ca
Post a Comment
Read more 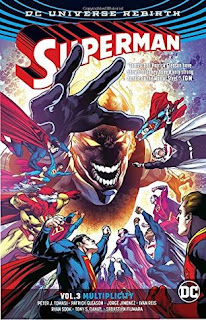 Multiplicity A big thank you to Netgalley and DC Comics for letting me read this for a review. I have been a big fan of the Superman since Rebirth. I was very happy to continue on this series. The last two books were really good and the mystery around My Superman in this new Earth world has been one that has kept my attention. This book starts out with this exact topic. Things around Clark are starting to change. The river (or creek, I don't remember) has run dry and Clark has no idea what happened. Until a guest star grows out of the ground. Swamp Thing has shown up to explain that the frequency around the Superman I know doesn't match with the frequency of this Earth and it is causing nature to pull away. Superman needs to leave or submit to Swamp Thing in order to put the natural order of Nature back to normal. The first issue or two of this was a lot of fun to read and I always like with Swamp Thing shows up in an issue of one of my favorite heroes. Once the st
Post a Comment
Read more 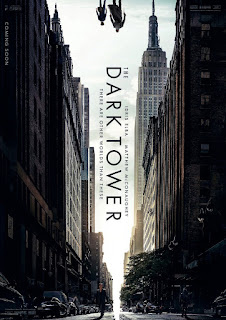 Dark Tower (2017) I have been waiting for this for so long. This movie was teased over and over again with new directors and new actors until it was finally made. I loved the books and it is one of my favorite epic series of all time. You can imagine my apprehension to finally see something I have been building up in my mind for so so long. My wife and I actually saw this movie on August 18th but I have been toiling over this since. ***SPOILER WARNING*** If you haven't read the Dark Tower series and would like to then I would stop reading my review. I will be sad to see you go but it is for your own good. Last chance, turn back now. When the movie first started leaking tid bits about casting and plot I was getting really worried about the direction this was taking. Then I found a tweet from Stephen King that showed the Horn of Eld. The rumor mills started ramping up until we found out that this is a continuation of the series and not a visual representation. At the end
Post a Comment
Read more 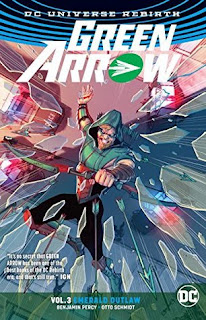 Emerald Outlaw Let's just say that during New 52 I was less than impressed with the Green Arrow books. The character was nothing like what I remembered. I wanted the Emerald archer from the year one books and the wedding album where he gets married to Black Canary. That guy was lost in New 52. Rebirth changed all that and brought back the hero I had been missing.   A big thank you to DC Comics and Netgalley for allowing me to read this for a review. I have really enjoyed this series and can believe all the things DC has done to Oliver Queen. First they took away everything of substance and meaning from Oliver. Next the writers did something I never thought I would see in the pages of a Green Arrow comic. They killed Oliver Queen!!! Of course if you are reading this I am going to assume you have read the previous book or don't care to. Oliver really isn't dead but the villains and the city think he is.  So what's left after taking everything and killing a
Post a Comment
Read more 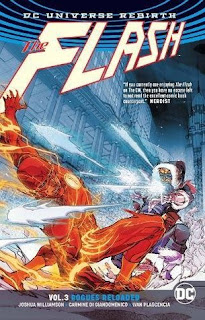 Rouges Reloaded I am very grateful to DC Comics and NetGalley for allowing me to read this book. I have been very fortunate to be able to read these great books in Rebirth for reviews and this was the Flash book I was waiting for.  Since Rebirth started there has been a lack of classic Flash Rouges and we had no idea what happened to them Were they laying low until the city calmed. Central city had been plagued by a speed force storm and a slew of random speedsters. A new villain named Goodspeed putting the city in a state of terror, then there were random lackeys that tried to live up to the legacy of the Rouges. This book is the triumphant return of our favorite villains/anti-heroes. The Rouges have been keeping a low profile and planning the theft that will finally beat the Flash. Starting with a trip out of the country to steal something outside of Central City hoping the Flash wouldn't figure it out. This is only the first step of their master plan that leads to
Post a Comment
Read more
More posts