The Walking Dead: The Fall of the Governor Part 2 by Robert Kirkman 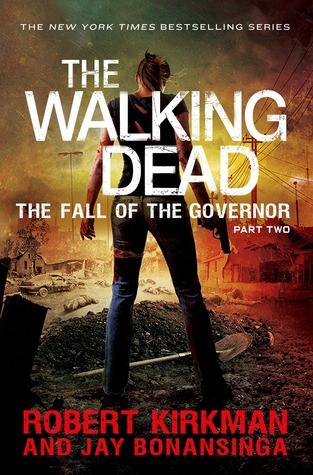 The Fall of the Governor Part 2

Well this book picks up right where the last leaves off. You'd think this is obvious since it says Part 2, but I have read a lot of books that are continuation stories and yet they begin on a completely different plot before they swing back around. The Governor is out of commission trying to recoup from the attack that left him half a man in book one. He is subjected to battle field medicine since the doctor for Woodbury is now a zombie and the only person they have who might be able to help the Governor is the town drunk who was an army medic long long ago.

Since our main character is out for most of the book this story is really about Lilly again. Lilly is the kind of person who used to be skeptic and didn't trust the Governor. She felt there was something off with the man and the town was a little to perfect that it had to be hiding something. Well that takes a complete 180 turn in this book. This character goes from being a skeptic and careful to being the Governor's major champion. Even other characters in the book don't understand this sudden change. Lilly steps up and fills the role the Governor has temporarily stepped out of. She begins to take over the plan of attack and hunt for our heroes at the prison.

Lilly is clearly getting lined up to take over once the Governor has fallen and needs to be replaced. I wondered how this series was going to continue without the governor but now I get it. This story in the comics is so epic that I was expecting so much more from this book. I was kind of let down by the time it got to the good parts. The ending was very good but if you watch the show you have already been through it and if you read the comics it's the same thing. This book did lend even more emotion to the ending because we get this from the perspective of characters we haven't been through this with before. I'm sure my review is making less and less sense so I'm going to end it here. 3 out of 5 stars from me. I am also out of available audio books so it may be awhile before I can continue on in this series. If I decide to carry on.