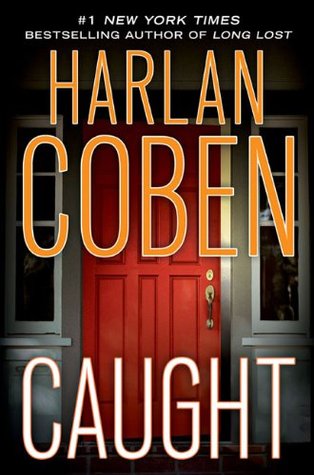 I have really liked the Coben books I have read so far. He has quickly impressed me as an author and I am so glad I have such a large catalog of his novels to catch up on. The summary of this book sounded really interesting to me and I will be honest, the cover caught my eye. It is very plain but something stands out about that red door that made me wonder what is behind that door and is it something dangerous.

The book starts out with two main characters Dan Mercer and Haley McWaid. Haley has gone missing and Dan is now being charged with sexual assault and Statutory rape. All of this takes place very quickly and then the story jumps forward 3 months. This is where we play catch up.Haley has been missing with no leads as to what happened to her so this story is a bit stagnant but Dan has a lot more going on which helped keep my attention. Dan is the kind of character that you belive is innocent and that the charges are bogus or he is the type of character that with all of the evidence stacking against him you hope is innocent.

I was kind of disappointed in this book.It was still worth the read but after books like Missing You, and The Stranger it just didn't live up to my expectations. The middle of the book was pretty slow and kind of dull. The ending makes up for it but not in the shocking twist end I had hoped for. I will suggest sticking it out thought the middle of the book if you start this. It is worth finishing and not casting aside. Had I known about the dull middle I might have rated this higher than the 3 out of 5 stars I am giving it. This was just an ok book and I really don't have much more to say on it.
Mystery