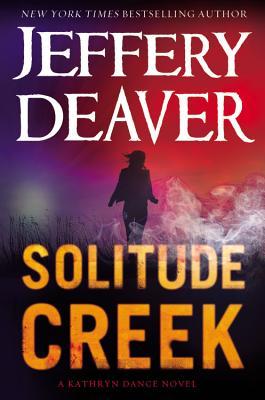 Jeffery Deaver is one of the best writers out there. As anyone who reads my blog regularly would know he is my favorite author and I look forward to every book he writes. This book is a classic Deaver book with twists and turns around every page and plenty of suspense, but for me there was something more in this one.

The villain in this one doesn't care how many people he kills or who dies he just wants chaos. He causes things in crowded places causing a stampede and a riot. In the opening of the book we are at a concert for some boy band and and all of a sudden there is the smell of fire. People panic and try to head towards the exits but they are blocked. What happens next is terrifying. I am not claustrophobic but the thoughts of being trapped in a crowd of people or being trampled by fearful people trying to get out is one of the worst things I could think of. That and seeing someone I love trapped in that same mass panic and being dragged further and further away from me. This isn't like a Stephen King Novel with Psychotic clowns or haunted hotels, but this at times was just as scary because something like this could be real. Not only do we get one hell of a story with one of my favorite characters, Kathryn Dance, but this really had an affect on me while I read it.

Deaver always has a way of writing villains. They are smart and cunning with every detailed planned out so meticulously. They are the kind of character you almost think they are going to getaway with whatever they have done. This book is no different, there has to be a strong villain to stand up to Kathryn Dance. In this book she has quite a few struggles to overcome on top of trying to stop this killer. She miss-read a suspect and let the leader of a powerful gang go and was demoted because if it. Her kids are distant and hiding things from her and she has to try to put the agent side of her on the back burner and be a mom first. All of this is pulling her attention in several directions helped to maintain the suspense level and distract the reader from all of the other things going on.

I will be honest and say this isn't one of the stronger stories by Deaver, but that doesn't mean this book wasn't good. Quite the opposite actually. Even though he has written much stronger works this book did something I haven't run into before. As I mentioned earlier I am not claustrophobic but while I read this book I became claustrophobic in a large room with lost of space. The vivid images and intense situations was enough to make me feel completely immersed in the book like I was being pressed in masses of panicked people. Deaver has always been a master of suspense but this was the first time I felt real terror reading this book at times. I loved it, Kathryn Dance is a great character and I love every novel in this series. The ending is very character heavy which I liked. Of course the conflict is resolved but then there is a good bit left for us to just visit with Kathryn and see what all is going on in her life away from the law enforcement side. This is just as good as the main plot. I will give this the highest honor I can and give this and Solitude Creek gets 5 out of 5 stars. I might be a little bias because Deaver is my favorite author and a really great guy, but this really is a great book and I recommend it to everyone looking for a great suspenseful read. Even though this book is part of a series it can be read on its own.
Mystery Suspense Thriller