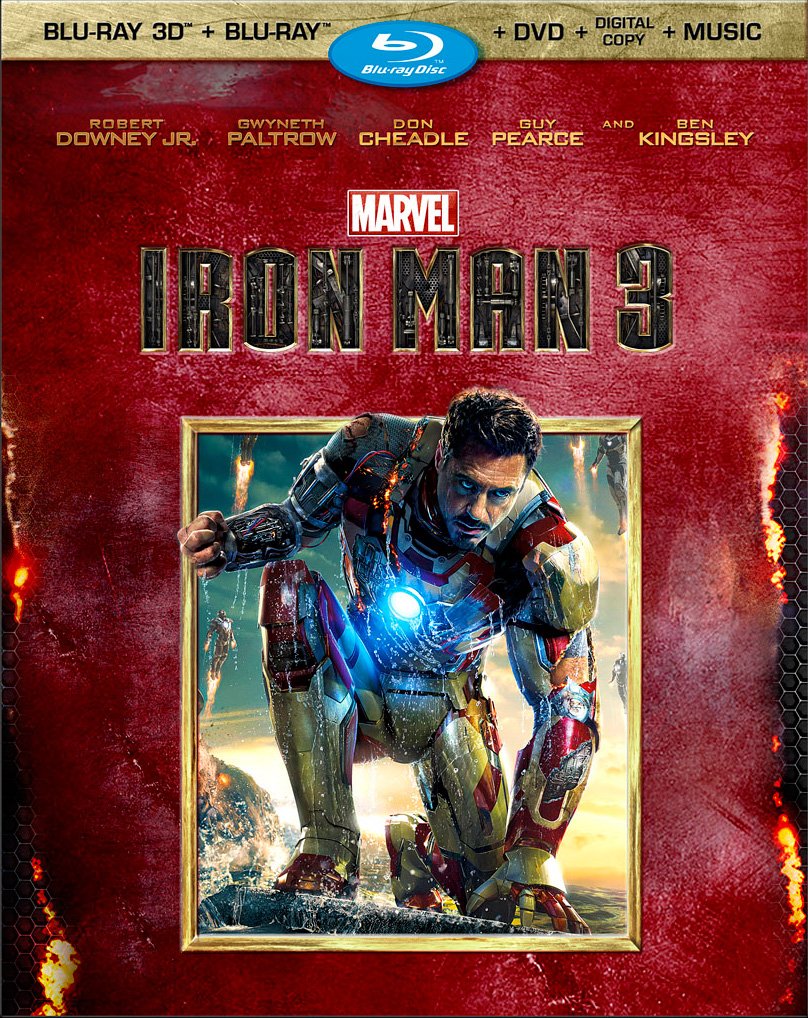 Waiting on Wednesday is a weekly book meme hosted by Jill over at Breaking the Spine. This day allows us to share news on upcoming releases that have us on the edge of our seats in anticipation.

So I am going to do something a little different. I know this is for booksbut I get just as anxious when it comes to movies too. I want to talk about movies from time to time on my blog and I figure this would be a great opportunity.  Here is the little blurb about this from amazon for the Blu-Ray release


The studio that brought you Marvel’s The Avengers unleashes the best Iron Man adventure yet with this must-own, global phenomenon starring Robert Downey Jr. and Gwyneth Paltrow.

When Tony Stark/Iron Man finds his entire world reduced to rubble, he must use all his ingenuity to survive, destroy his enemy and somehow protect those he loves. But a soul-searching question haunts him: Does the man make the suit… or does the suit make the man? Featuring spectacular special effects, Marvel’s Iron Man 3 explodes with exclusive Blu-ray content.

I am anxiously waiting for this movie to be released. I was not able to see this in theaters for a few reasons. The first one is the fact I was a little short on funds and the movies have gotten so expensive, and the second is that my daughter was born right before this movie came out. My wife and I just couldn't pull ourselves away for even the 2 hours or whatever the running time is.

I am a big fan of superheroes and mainly I am a DC Comics fan. Batman is by far my favorite with Superman and Green Lantern tied at the #2 spot. However, being the comic book nerd that I am I do enjoy seeing anyone of those types of movies. Iron Man is my favorite of the Marvel heroes and really I think it is partly due to how Robert Downey Jr. portrays him. I loved the first two and can't wait to see what they come up with next. One thing I really look forward to is just how Tony Stark thinks to get into the suit. In the second movie he had one that was a brief case that turned into the suit, and in the Avengers he had bracelets that called the parts to him as he fell off his building. This is some really cool special effects and I am really curious to see how they do it in this movie. This will be released to Blu-Ray on September 24th.

I promise not to make a habit of using this as an excuse to talk about movies, but there are only so many books I really look forward to at a time. Back to books next week I promise. Let me know what you think about me using this meme for books in the comments. If a lot of people feel strongly that I shouldn't use it for movies I will not do this again. I'm new to blogging and still learning so feel free to help me learn and grow as a blogger.
Waiting on Wednesday